Heiko Jäger, commercial director of LUXHAUS GmbH, reports in an interview about his experiences with a Kloepfel project. 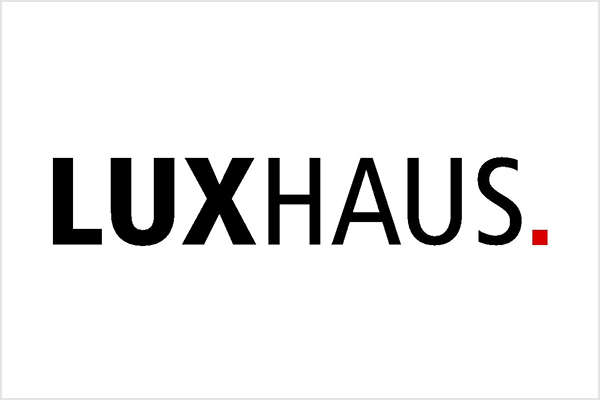 Were you skeptical or rather open-minded at the beginning of the project?
Heiko Jäger: I was very open-minded, because I knew that we had great savings potential in purchasing. But i was also skeptical because there are many consultants in this area and in the end mostly only the consultant earns money. Another challenge was that we are a very technically driven company and therefore are bounded to technology in the area of purchasing. I especially liked that Kloepfel Consulting’s payment was 100% based on the savings made; so I had a 100% cost guarantee. In addition, it was guaranteed that the savings will be achieved for two years. It was important to me, to not just get a cheap lock offer and shortly afterwards to talk about price increases. It was also good that not some consultants got to work, but experienced experts. I was also very important to me that my employees were involved in the process from the beginning.
What were the biggest challenges at the beginning of the project?
Heiko Jäger: We had no data transparency; it had to be created first. This was carried out by Kloepfel right at the beginning of the project. Longstanding supplier relationships were the second challenge and are also a frequent problem in the construction industry. In tenders, for example, existing suppliers almost always had an information advantage over new suppliers who were not able to compensate for this so quickly. In addition, the buyers were confident about the price structure; they assumed that they were already getting good prices. By involving buyers and our technicians in negotiations with new suppliers, for example, the Kloepfel team was able to convince them of the need to change suppliers. Moreover, a change of supplier must be well considered and does not make sense for every euro. In the case of subcontractors, initial trial construction projects were often agreed before a final offer could be made. That was the only way we and the subcontractor got to know each other.
To what extent does the optimization have a lasting effect on your day-to-day business?
Heiko Jäger: The fact that our people were present at the negotiations regained their negotiating strength. We noticed that as the project progressed, the ambition of my employees was awakened. This is very important because suppliers want to increase prices from year to year. Another positive aspect was that the Kloepfel team expanded our team to such an extent that we had more time to concentrate on other entrepreneurial goals.
How would you describe the operating principles of the Kloepfel project team with three words?
Heiko Jäger: Goal-oriented, collegial and transparent. But to the last point, I would like to be more detailed. This transparency during the Kloepfel project was very important. So we always had control, were prepared for every next step and were able to follow everything.
Joint project success is also always person-dependent.We are talking about being temporary colleagues in the projects. How was your feeling?
Heiko Jäger: Of course, this is always very person-dependent. But in our case, the right people were involved at the right time.
Some suppliers had to get used to seeing new Kloepfel faces at the negotiating table in addition to the familiar contact persons of our company. How have you experienced these situations and what were the reactions from the suppliers?
Heiko Jäger: Some suppliers were squeamish, but most of them were professional and reacted appropriated. In any case, Kloepfel Consulting obtained our approval before each negotiation step and informed the supplier beforehand.
What is your conclusion after the end of the project?
Heiko Jäger: An exciting and successful project, which is definitely worth spending a moment of your time.

Thank you very much for the interview!

Build the foundation for a stable company!