Until the end of 2016, Urs Traxel held various positions in the Swiss banking industry. After basic training as a banker at the Urner cantonal bank, he moved to the Swiss Bank Corporation in 1980 and to UBS AG in 1998 in consequence of the merger of “Bankverein to UBS AG”.

From 2003 – 2005 a further education took place at the University of Applied Sciences. Lucerne. Urs Traxel acquired the title of “Executive Master of Banking” (postgraduate college in bank management). He dedicated his diploma thesis to the topic “Employees as Success Factors”. Urs Traxel was awarded the “ALUMNI Award Best Student IFZ 2005” in this training. In 2007, Urs Traxel decided to return to his basic training center and took over the responsibility of the market/ sales department at Urner Kantonalbank as a member of the management board. In 2010, he was elected Chairman of the Board by the Bank Council. In his role as CEO, he was a member of the Board of Directors of the Association of Swiss Cantonal Banks from 2010 to 2016. From then on, Urs Traxel has taken on various mandates as a board member and founded his own GmbH.

He has been a member of swissVR since 2017 and completed the intensive seminar “New Concepts for the Board of Directors”. In addition to his professional activities, Urs Traxel is a member of the Rotary Club of Altdorf.

As a long experienced leader with a high level of responsibility for results in each case, he sees himself as a “change agent” who aims a sustainable development of a company in the sense of “shared value”. 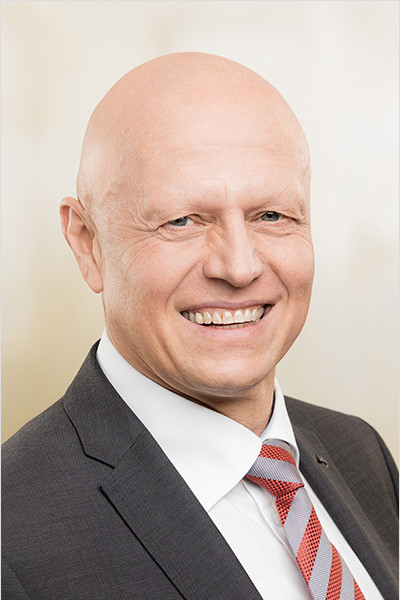 Member of the Advisory Board Switzerland
© 2021 by Kloepfel Consulting GmbH | Alle Rechte vorbehalten.
Back to Top