The United Arab Emirates are Germany’s most important Arab business partner. But if you want to establish successful contacts in Dubai or simply go on holiday, you have to consider a few things.

There are many things that are self-evident for us but can come close to a scandal in Dubai. Since this still does not give some tourists sufficient understanding for the foreign customs, for example all shopping centers point out the rules of etiquette at the entrance with information signs.

Alcohol and tobacco in the United Arab Emirates

Natives are officially not allowed to drink any alcohol. Foreigners are allowed to consume alcohol in some hotels and localities. Being drunk is considered to be disrespectful, so you should avoid drinking sessions. In public – for example in parks, on the street or at the beach – alcohol is completely taboo. Driving under the influence of alcohol is strictly forbidden. During Ramadan, visitors should not smoke or drink in public. Otherwise you have to expect considerable penalties.

Welcome in the United Arab Emirates

Men greet each other with a short handshake. This and any other physical contact with women is not allowed. Man and woman should not go through the shopping arcades too tightly wrapped. It is also considered unattractive to simply address women.

Status and professional position play an important role in the United Arab Emirates. Therefore, people should be formally addressed. If the interviewer has a title, it is mentioned before the name. Usually the first name is used. High-ranking personalities should be addressed by title plus first name (Shaikh, His/Your Excellency). The correct salutation of the ruler of Dubai would therefore be: Your Highness Shaikh Mohammed. Women may not be addressed with the name of their husband, but only with their surname.

Photographing in the United Arab Emirates

Clothing in the United Arab Emirates

In principle, one should not dress too revealingly. . But in some areas – especially in big cities one is very open-minded and one meets women dressed in normal western clothes. Nevertheless, neither men nor women should show too much skin. Men should wear shoulder-covering T-shirts and trousers that at least cover their knees. In the United Arab Emirates shorts are worn only as underpants or swimming trunks. In the neighboring emirate Sharjah the moral dress code is not only a recommendation, but legislation. In the meantime, most shopping centers in Dubai have introduced a dress code.

As a tourist you should not wear opaque fabrics, shoulder-, back- or belly-free parts, tight-fitting clothes, deep necklines, short skirts or hot pans. For women it is therefore recommended to wear costumes with knee-length skirts and pantyhose. You should choose clothes with discreet colors.

Women are considered to be for sale if they are dressed too generously. Swimwear – except thongs – may be worn on the beaches. But if you walk through the lobby on your way to the beach, you should put on some clothes. In the Emirate of Sharjah, women are not allowed to wear bikinis on public beaches. In numerous restaurants and nightclubs, but especially in hotel complexes, there is a dress code in the evenings. Jeans and tennis shoes are not allowed in many places. At business meetings, a suit and tie are a matter of course for men and an adequate business dress for women. 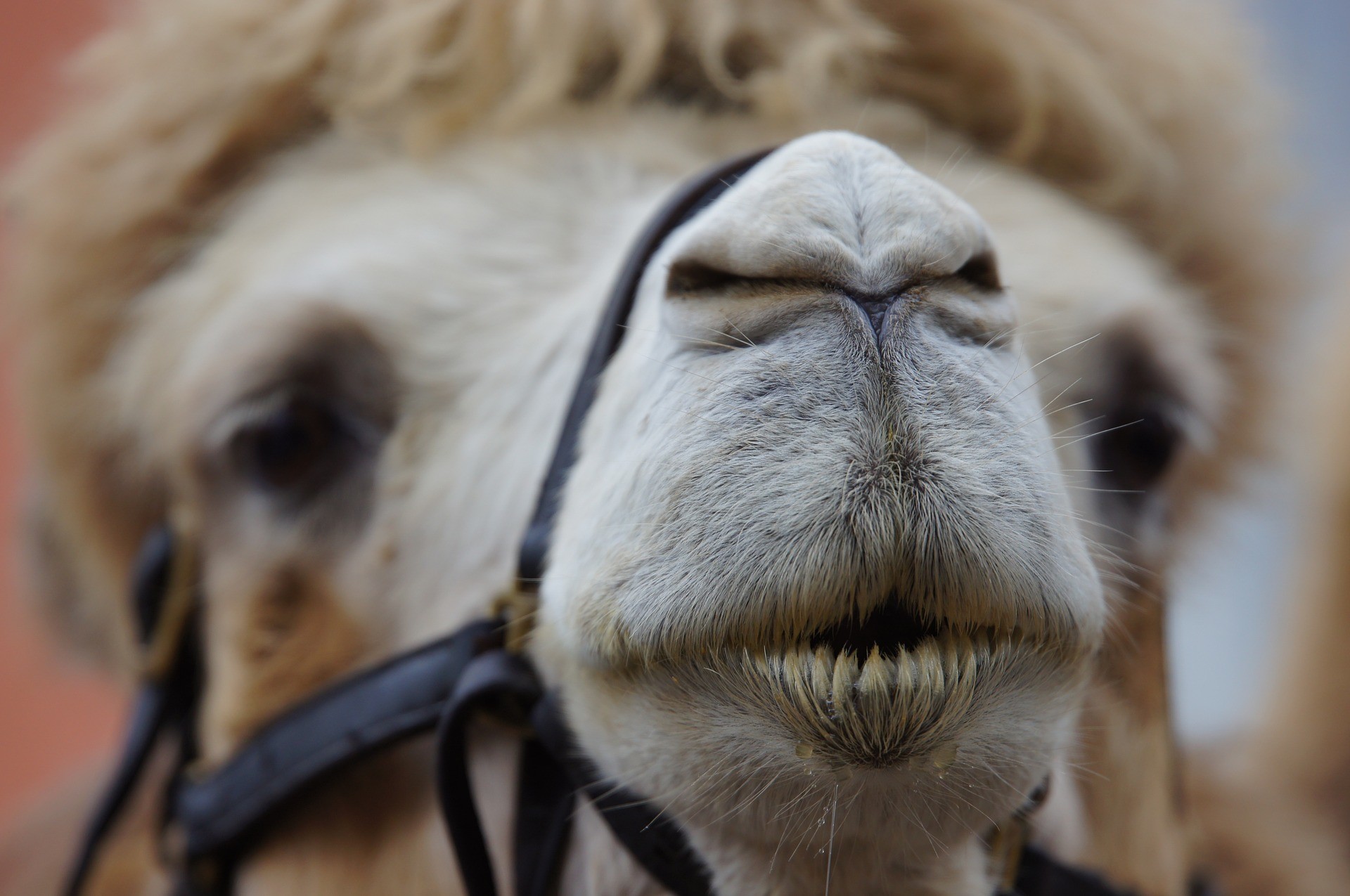 If you receive a private invitation, it should first be politely rejected twice. If you are invited for the third time, you should accept it. Such invitations should be understood as a great honor.

Bring gifts only to the children, never to the wife. Spirits as a gift are taboo. It is also better to do without flowers as a gift. Flowers are usually only brought at weddings and store openings.

If you enter an apartment, you have to take off your shoes first. You should not under any circumstances stretch your soles towards the other person. Therefore one should also avoid crossing one’s legs.

In the United Arab Emirates, gifts are used less to initiate a business relationship than to strengthen personal relationships. If you receive a larger, more precious gift, you should accept it as a gesture of courtesy so that your counterpart does not feel offended. They do not want to bribe you. Many employees of German companies then give these gifts to the company to auction them off at Christmas, for example.

Picture books or symbolic porcelain are recommended as gifts. Always hand over the gift with your right hand. In the United Arab Emirates, the left hand is only used for impure tasks.
Although it is customary to present gifts, it is not necessarily expected. 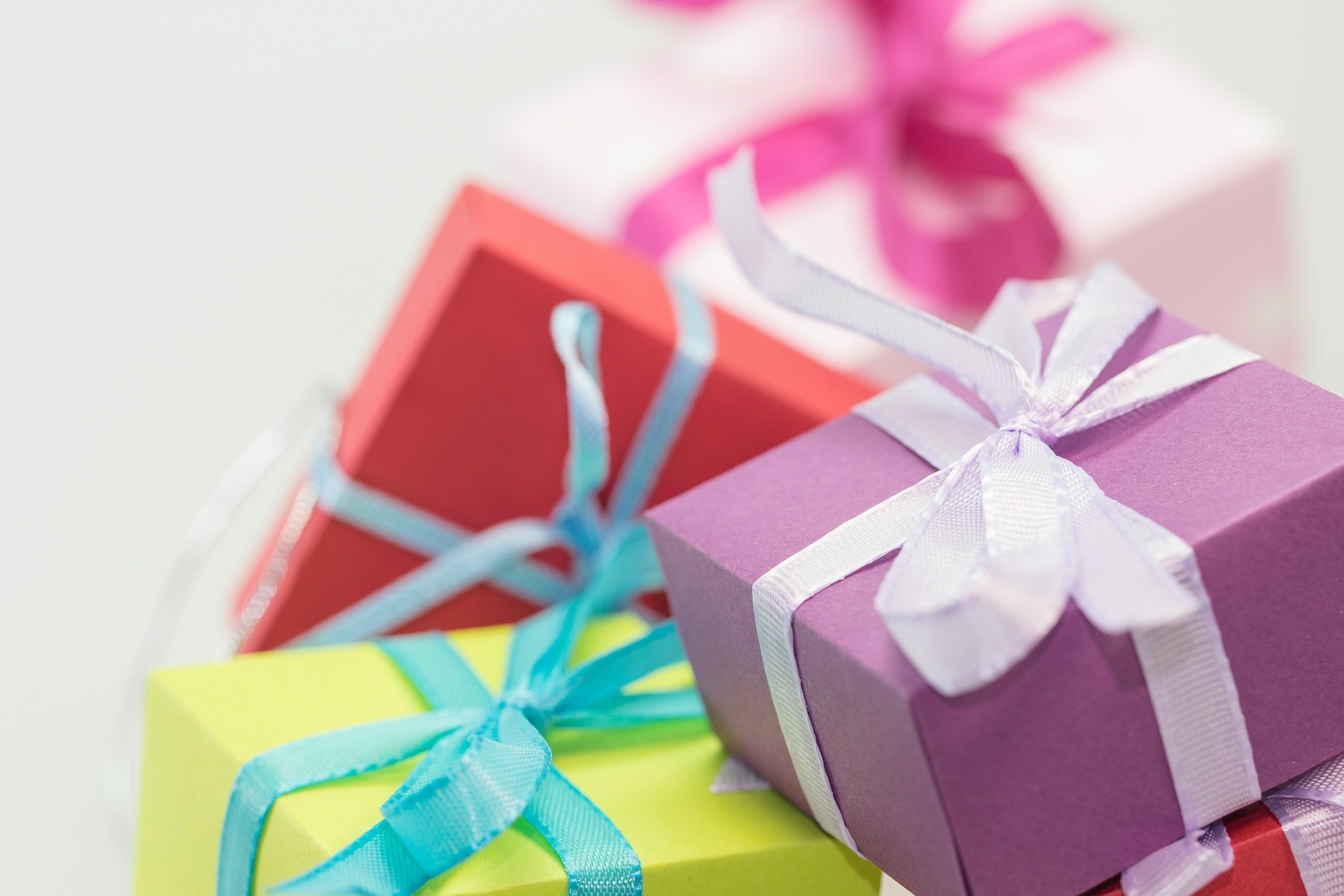 Entertainment in the United Arab Emirates

Like in all Islamic countries, talks about women, religion, terrorism and politics are taboo. Conversations usually take place between the same sexes only. If the counterpart deviates from the business issue and is interested in you, this is a very good sign. The business will then almost start on its own later on.

Do not show your love as a couple in public. Tenderness in public is a criminal act in the United Arab Emirates.

Anyone in Dubai, who steals or damages flowers or plants in public, will be fined.

During Lent (from sunrise to sunset), smoking, drinking – including water, juices and soft drinks – or eating are strictly prohibited. During this time you should dress particularly conservatively. Working hours in the United Arab Emirates are reduced by at least two hours a day during Ramadan. Even chewing gum in public during Ramadan can be punished.

As a rule, the guest is asked to start eating. In the United Arab Emirates it is perceived positively to eat a lot. If you are full, refuse further requests 3 times politely. Leave a small rest on your plate, because empty plates and cups indicate that you are still hungry or thirsty. If you are the host, you should ask your guests several times to drink or eat more. In the Gulf States, unsweetened coffee is drunk as a welcome drink. The cup belongs in the right hand. Coffee should not be taken more than 3-4 times.

Helpfulness is highly valued in the United Arab Emirates. Do not refuse any requests, no matter how impossible they may be. Goodwill counts and opens doors. Punctuality is very important. As in Germany, it promotes sympathy when business partners discover similarities. In this way, successful business relationships can be established. Contact fairs or foreign chambers of commerce are good opportunities to make contacts. Print your documents on both sides. One side in English, the other side in Arabic. Oral agreements are important.

The more the conversation deviates from the business, the more interested Arabs are in their counterparts. This is a sign of appreciation and a good sign.

Working hours are usually from 8.00 a.m. to 6.00 p.m. with a two-hour lunch break. The weekend is not from Saturday to Sunday, but from Friday to Saturday. The background: Friday is the day of public prayer and therefore work-free. 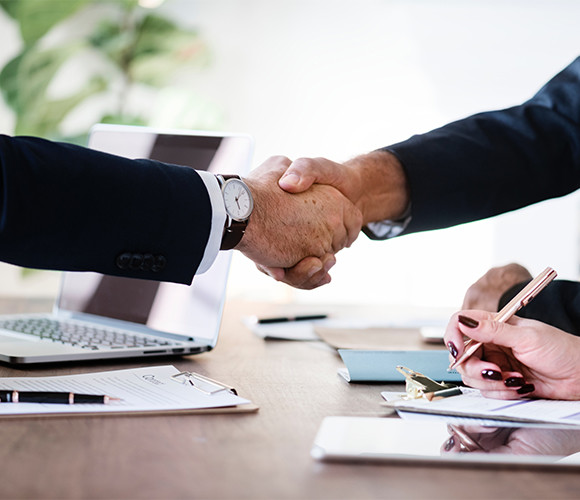 Business relationships are based on personal relationships. The factual level plays a subordinate role. Negotiations in the Gulf States are usually lengthy and characterized by traditional bargaining. Successful negotiations are based on great room for maneuver, flexibility and mutual sympathy.

Therefore, it is advisable to first build a positive personal relationship by finding common interests. In contrast to the Arabs, the Germans tend to consider concluding an agreement too early. Take your time, plan renegotiations and be flexible. Generosity is highly valued in the United Arab Emirates. You should therefore plan for generous courtesy from your side. Acting and showing emotions are common in negotiations, but you should always remain friendly and confident. If you can’t get any further with a negotiation, you should call in influential third parties. Golfers always want the best quality at the lowest prices, so negotiations are often very difficult.

1. Sneezing and blowing your nose in public is considered as gross.
2. The sign known in Germany as “OK”, i.e. forming a circle with thumb and index finger, is considered an obscene gesture in the United Arab Emirates.
3. If the Arab wears particularly beautiful pieces of jewelry (e.g. a luxurious watch), these should not be praised. Otherwise, the wearer will be forced to give the piece of jewelry to the other person. It would then be grossly impolite to refuse the gift.
4. As a non-Muslim one should not take the name of Allah or the Prophet Mohammed into one’s mouth.
5. If the Muslim prays, he should not be disturbed under any circumstances. Also forbidden are: pornography, “Jewish propaganda”, writings and media that are incompatible with the religious, cultural, political and moral values of the United Arab Emirates, drunkenness and drugs. 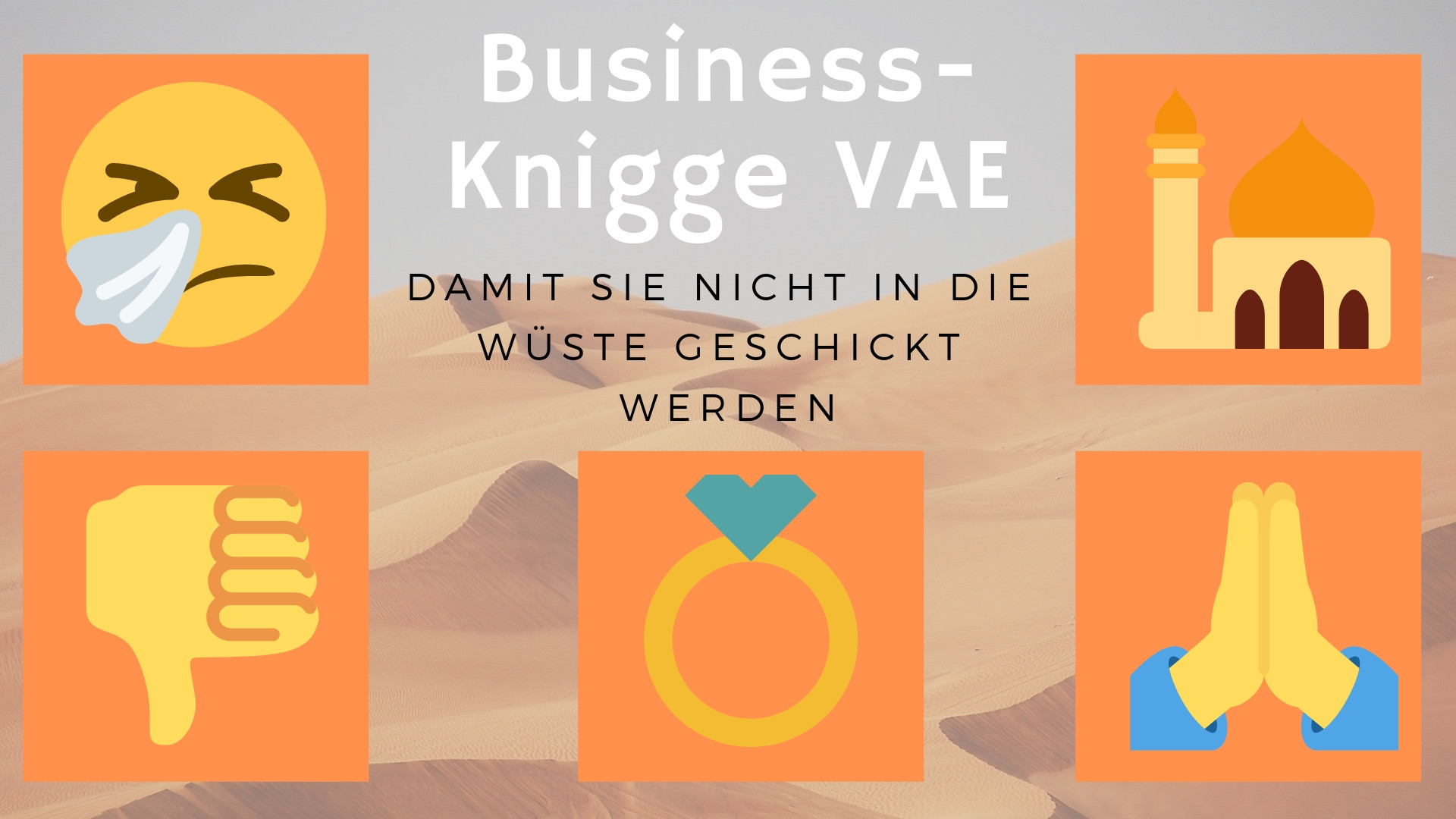