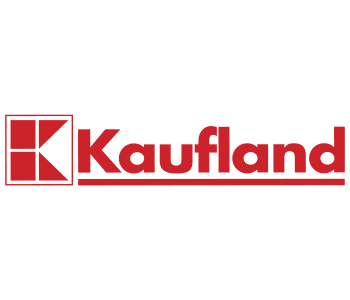 Conflict between Kaufland and Unilever intensifies

The retail company Kaufland and the consumer goods manufacturer Unilever have been in a clinch since June. The reasons for the dispute are prices and purchasing conditions, which have been under negotiation since the summer. The conflict could last for months and the food giant is likely to lose out.

The retail company Kaufland and the consumer goods manufacturer Unilever have been in a clinch since June. The reasons for the dispute are prices and purchasing conditions, which have been under negotiation since the summer. The conflict could last for months and the food giant is likely to lose out.

A quick agreement between Kaufland and Unilever currently seems rather unlikely. Ulli Gritzuhn, head of Unilever in Germany, Austria and Switzerland, told the magazine WELT that it could not be ruled out that the dispute would continue into next year. “I can’t talk about white smoke,” Gritzuhn said. A Kaufland spokesperson, on the other hand, sounds more conciliatory: “We are still in contact with Unilever and are open for constructive discussions. However, Kaufland could not “accept Unilever’s drastically increased purchase prices” for the benefit of their customers.

More and more irreconcilable price wars are spreading through the food industry. One reason for this is a concentration in the German food trade. The supermarket chains Edeka, Rewe and Lidl together account for a market share of 60 percent. Thus they have a certain power position in the negotiations with the manufacturers about the conditions.

As a result, negotiations have recently escalated very often. Now even the European Union has intervened and wants to take action against unfair trade practices in food supply. In plain language, this means that the power of retail chains should be reduced.

The dispute between Kaufland and Unilever is attracting special attention because it is “being fought out with unprecedented intensity” reports WELT. Kaufland has fought the price war all the way abroad and has also taken Unilever products out of the range in Eastern Europe – even though there are no price negotiations there. No supermarket chain has yet dared to do so.

“This is a new stage in such disputes and is used as a lever against us” says Gritzuhn. Kaufland is one of the ten largest customers of the British-Dutch group. The lost turnover could amount to a three-digit million sum within a very short time.

Unilever is now fighting over the dispute, but also over the principle, because Kaufland is not the only customer to go to court in the annual negotiations. “Almost all food retailers go into annual negotiations with the expectation and demand that prices fall” explains the Unilever boss. Germany has had the lowest food prices in Europe for a long time and the highest wage costs in addition to Switzerland.

“The permanent orientation on the lowest price will lead to the fact that investments are missing and jobs are destroyed, so Gritzuhn continues. He blames the traders for this.

The EU also seems to see the retail chains as responsible. With a new directive, food producers from agriculture or industrial manufacturers shall be protected from the power of the retail giants. Last week, a majority in the EU Parliament adopted new rules for fair dealings between trading companies and manufacturers. A negotiating team will now work with the EU member states to find a solution. The new rules are intended in particular to smash international dealer alliances. Large cooperatives such as Edeka and Rewe are not affected.